To achieve the industry’s requirements, the Association’s secretariat works closely with the industry, under the guidance of an elected Chairman, and through a series of formal committees, which involve representatives elected from the member companies.

Members can view a copy of the current rules and regulations governing the Association here. 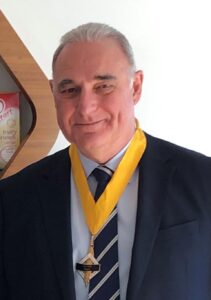 The Executive Committee, who oversee the operation of and decides policy for the Association.

The Trade Committee is charged with the task of dealing with any issues relating to the industry’s interest in barley, malt and malt exports.

The Technical Committee is charged with the wide task of evaluating any changes to legislation, materials supply and production techniques that could impact on UK malt production. It also deals with training & exams, and has been responsible, since its inception in 1981, for the Malting Diploma Examination; recognised across the world as a standard of Malting excellence. View a list of all successful Malting Diploma candidates since its inception in 1981.

All these Committees use work groups to address any issues of potential significance to the industry. UK maltsters have been active in Europe for a long time. In 1964 the MAGB were founder members of a body set up within the European Free Trade Area to trade malt internationally. That organisation became the modern European Maltsters Association, when the UK joined the European Community in 1973. This organisation now called Euromalt is the Association of Malting Associations throughout the EU. Euromalt is run through a secretariat based in Brussels and Officers of the Association are representatives of some of the larger malting countries in the EU. The MAGB have been active participants in all aspects of Euromalt.

The MAGB also has a totally owned subsidiary company, MAGB (CCL) Ltd, set up to help maltsters meet their commitments to the UK Government’s climate change targets, set under the Kyoto agreement. Although malting uses a natural change within the grain, the final stage of kilning requires a significant energy input in the form of heat and fan power. UK maltsters have made a firm commitment to reduce their energy use per tonne by 2021 by 4.7% less than that used by them in 2008. The sector is currently on course to meet this target due to significant investments in energy saving technologies and plant upgrades.

Welcome to The Maltsters’ Association of Great Britain